As we all continue to be enthralled by the latest events at the Olympic games, our latest Guest Blog by Dr Beatriz Garcia from University of Liverpool, talks about the Olympic Games’ varied layers of cultural programming. “. This Blog is part of a on-going series, where researchers and academics have kindly agreed to submit posts that relate their analysis to the Olympics.

Dr Beatriz Garcia is in Rio throughout the 2016 Olympic Games, as she has done since 2000 across nine Olympic cities.

The focus for Beatriz is one of the Games shiftier components: the often confusing and hard to pin-down ‘official’ Olympic cultural programme or Cultural Olympiad.

Rio is the first summer Games host city that has decided to break with the tradition started by the Barcelona 1992 organisers in 1988, when they decided to launch their cultural programme just at the end of the Seoul Games and develop it over four years (an Olympiad) so as to explore different themes in the lead up to their Games. In Rio there has been no four-year Cultural Olympiad, and there was not a clear cultural and arts hand-over from London 2012. Instead, we find a collection of separate short programmes, mostly happening during Games time in 2016, and led by two main entities:

The culture team at the Olympic and Paralympic Organising Committee were also aspiring to present the programme ‘Celebra‘ to highlight cultural and arts expression across Rio. However, budget constraints and branding tensions have prevented the programme from reaching its full potential. Despite some early attempts at presenting an eclectic collection of mini-festivals and art ‘pop-ups’ (an increasingly popular concept worldwide, fuelled by social-media), during Games time, this programme is noticed by its absence. Instead, the main legacy of the Celebra team will be two Olympic staples, coordinated by the IOC and used mainly as a Games heritage referent for the future: the official ‘Olympic Film’ and a series of ‘Olympic Posters’.

Given the lack of an official Cultural Olympiad with a dedicated website and brochure, visitors and residents remain largely unaware of the points of connection between a range of cultural expressions inspired by the Olympic Games. However, interesting cultural interventions are shaping the Olympic city and merit a mention. 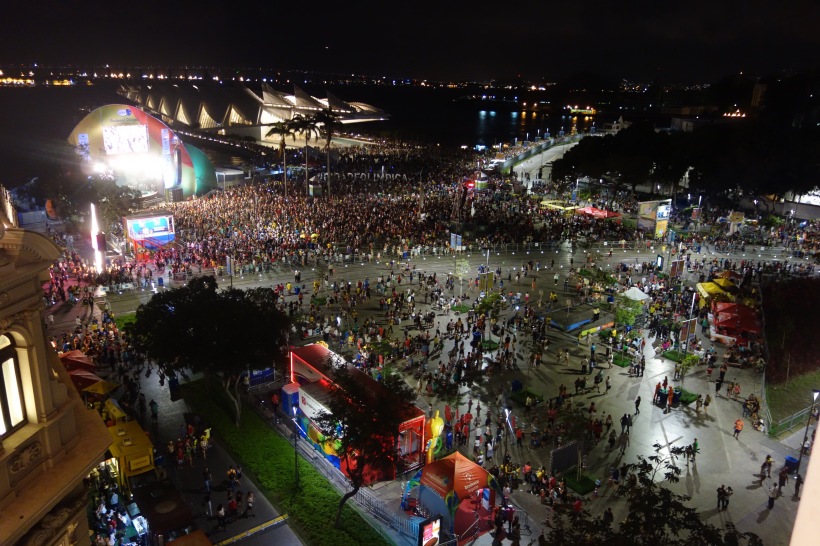 Following a tradition started in Atlanta in 1996 and presented most successfully in Sydney 2000 and London 2012, Rio is hosting a series of LiveSites to enable people without tickets to the sporting competitions to celebrate collectively. The site in Porto Maravilhas is the largest LiveSite in Olympic history and has acted as a catalyst to regenerate a previously derelict area in the city. The area is now host to the Museum of Tomorrow, designed by ‘starchitect’ Santiago Calatrava, and a series of large graffiti artworks, most notably, this piece by Brazilian artist Kobra, which has gone into the Guinness Book of Records as the largest piece of graffiti by a single artist.

Other cultural activity taking place but with low visibility includes:

Overall, despite the achievements, a series of important challenges remain for cultural programming in the Olympic city. The most important one is the lack of unified branding and denominations for Olympic related cultural programming, which makes much of this activity invisible to Olympic fans. The hashtag #olympicArt has been suggested as a means to tag activity but, so far, the take up is slow and of mixed relevance. 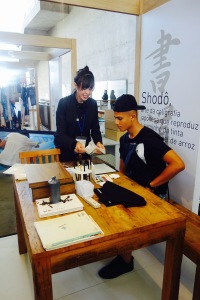 Rather than be exposed to unique, provocative and meaningful cultural interventions, a majority of Olympic fans and local residents will be exposed instead to generic entertainment and corporate promotions from the Olympic sponsors. These kinds of activities are highly visible in all key city spaces and in the areas surrounding the Olympic venues, such as Olympic Park. This is a lost opportunity at a time when people from all over the world come together and the host city – as well as Olympic Movement heritage stakeholders – have a chance at taking a global platform to tell their story. Dr Beatriz Garcia is observing how this varied (fragmented) cultural programme evolves and how its narrative progresses, both through official and unofficial (online, user-led) channels.

This work informs her long-term research on the cultural dimensions of the Olympic Games and the role art and artists can play in shaping Olympic narratives and broadening up Games-time voices from a local, national and international identity point of view. Follow up stories can be found at: www.culturalolympics.org.uk