In this latest Blog, Dr Joanne Paul, Lecturer in Early Modern history at the Centre for Early and Medieval Studies at the University of Sussex and a New Generation Thinker from 2017, talks Rioting and 1517, with brief thoughts on such events as they relate to the present day.

“After Easter, a certain preacher, at the instigation of a citizen of London, preached as usual in the fields, where the whole city was in the habit of assembling with the magistrates. He abused the strangers in the town, and their manner and customs, alleging that they not only deprived the English of their industry, and of the profits arising therefrom, but dishonoured their dwellings by taking their wives and daughters. With this exasperating language and much more besides, he so irritated the populace, that they threatened to cut the strangers to pieces and sack their houses on the 1st of May” – Venetian ambassador, 5 May 1517

In the late hours of 30 April 1517, a mob of about 2000 Londoners took to the streets to abuse and even kill the European apprentices they perceived as taking their jobs. City officials, including the humanist Thomas More,

rode out to try to calm them, to no avail. The rioters ransacked areas inhabited by foreign apprentices and traders, until the Lords marched in with men-at-arms and quelled the riots in the early hours of 1 May. Contemporary reports suggest as many as 25,000 troops were inside and surrounding central London. Rioters arrested were gibbeted about the town, and many were hung, drawn and quartered.

Execution of Thomas Armstrong, 1684. Source: Wikipedia. Published before 1923 and public domain in the US

It is what happened after that is most interesting, as the Crown turned a desperate attack on foreigners into a strengthening of state power. According to the papal nuncio, another 400 rioters were condemned to the same traitor’s death, but the queen, Catherine of Aragon, ‘with tears in her eyes and on her bended knees, obtained their pardon’ before the king and Lords, an act ‘performed with great ceremony’. But this was not the end of such performance. On 22 May, a large crowd of Londoners (the nuncio says 15,000) gathered in Westminster Hall, which was hung with ‘tapestry of cloth of gold’ and ‘canopy of brocade’. Cardinal Wolsey and the king delivered long speeches ‘reproving [the people] for their rebellion’. The prisoners were then ‘paraded’ in, ‘with ropes about their necks, as if to be executed’ and they immediately ‘threw themselves on their knees, shouting “Mercy!”‘. Wolsey and the other nobles joined in, begging the king on their knees to forgive the prisoners (knowing full well he already had). The king, apparently moved, ‘after addressing the people again, pardoned the rioters and had them released, so much to the popular satisfaction, that everyone wept for joy.’ The riot against foreigners had been recast as a rebellion against the state, and the result was a reaffirmation of loyalty to the Crown. 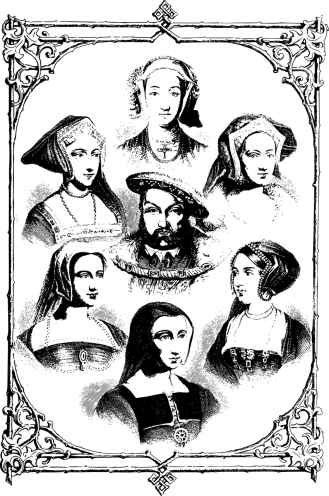 The cause of the riots had been a combination of economic downturn (as well as the arrival of the sweating sickness) and the sort of rhetoric from mid-level public figures mentioned in the excerpt above. The result was a strengthening of central state control through effective performance and propaganda. The lessons that can be gathered from analysing this event are crucial ones, which shed light on the ways in which immigration, propaganda and the power of the state are linked today, as well as prompting reflection on effective means of resistance.

‘This is the strangers’ case/ And this your mountainish inhumanity’ Thomas More addresses the rioters in a monologue by William Shakespeare performed by Sir Ian McKellen (with introduction, monologue begins at 2:28).